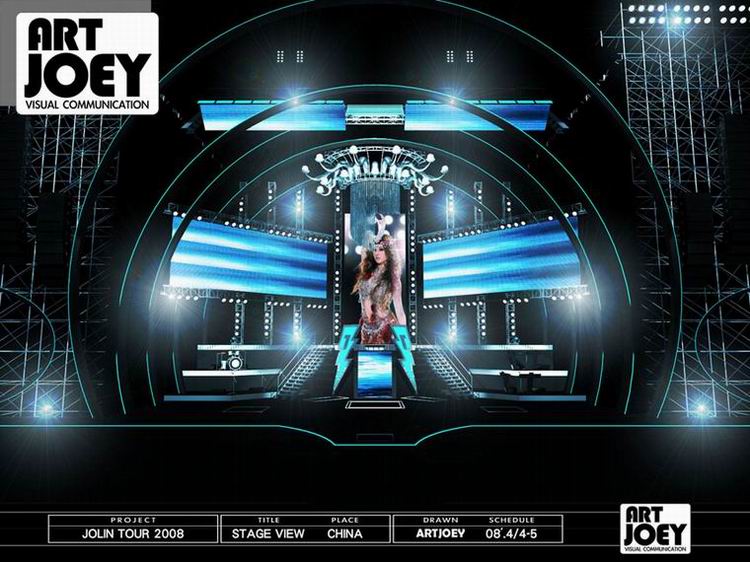 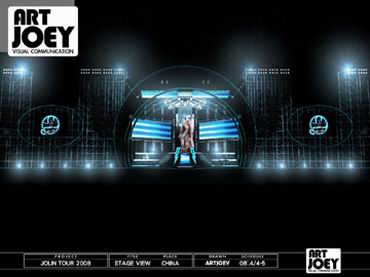 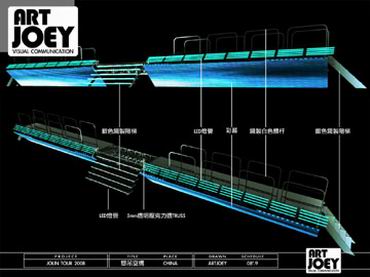 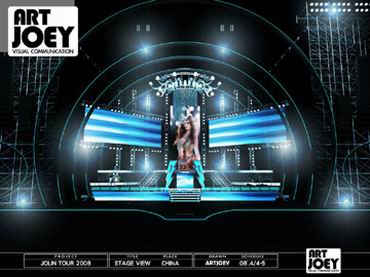 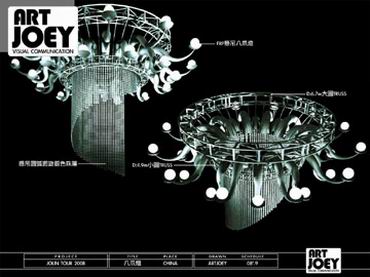 Merging the gymnastic hoop and time tunnel we used the united as the main design concept for Jolin’s China tour. Color-changing LED soft tubes lined on metal constructed hoop had created our scenery for the time tunnel whereas the rectangular LED and Versatile slabs gave contrast to the circular time tunnel. The Flying Sky Bridge covered with Versatile was the most important stage concept and had helped the show reach its peak when the special agent (Jolin) was acting against police force. The Flying Sky Bridge soon became popular on other concerts after this successful China tour for the stimulating shock the Versatile graphics and laser effect had given. 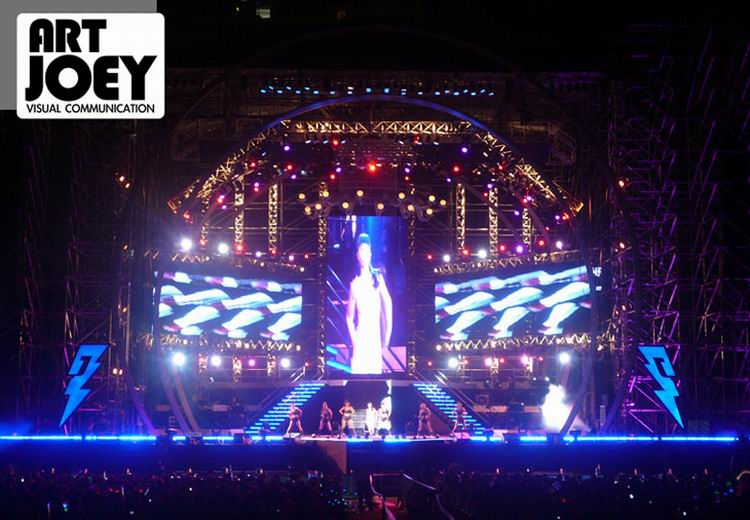 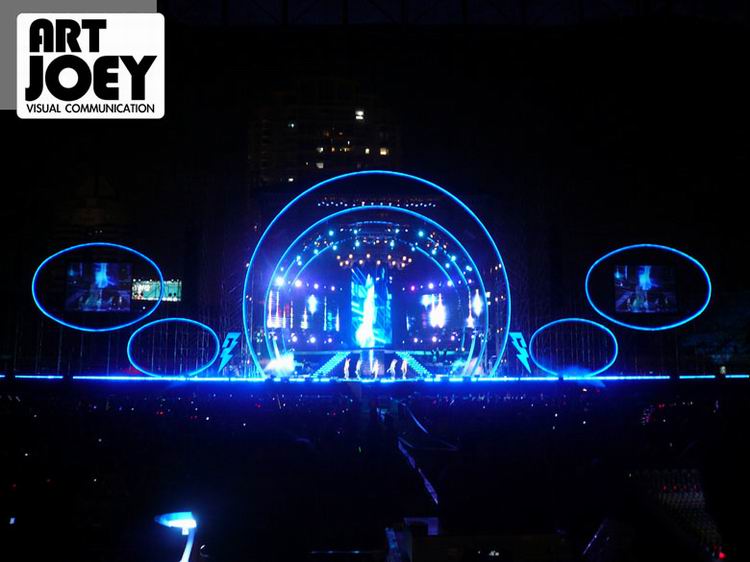